This page is for purchasing the PDF of Back Again from the Broken Land, and finding additional resources for the game. If you want to order a physical copy of the game, order it here from Indie Press Revolution.

Back Again from the Broken Land is a short Powered by the Apocalypse game of small adventurers sharing stories on a long walk home. It is meant to be played in one to three sessions. The game is inspired by the emotional, even bittersweet, stretches of The Hobbit and The Lord of the Rings.

The game is perfect for low-prep and no-prep one-shot gameplay, though you can also use it to play a short campaign of two to three sessions if you want to delve deeper into the characters' journeys. All you need to play are three six-sided dice, three-to-five players plus a GM, and a willingness to spin an emotional fantasy yarn together.

Back Again from the Broken Land was originally published as a feature in Gauntlet Publishing’s Codex magazine's fall 2020 issue Codex: Home. The full version (Kickstarted during ZineQuest 3) is an expanded edition of 60 pages with three more playbooks, much more GM support, and cover and interior playbook illustrations by Emily Cheeseman.

In Back Again from the Broken Land, you play as small adventurers returning to your hometown after playing a humble but crucial role in the fall of Doomslord. The game begins after the great war with the Doomslord, and the the stories you tell with determine the details of the adventures you've had and the home to which you return.

Like many Powered by the Apocalypse games, Back Again from the Broken Land has you build your character from a playbook. The following playbooks are available: 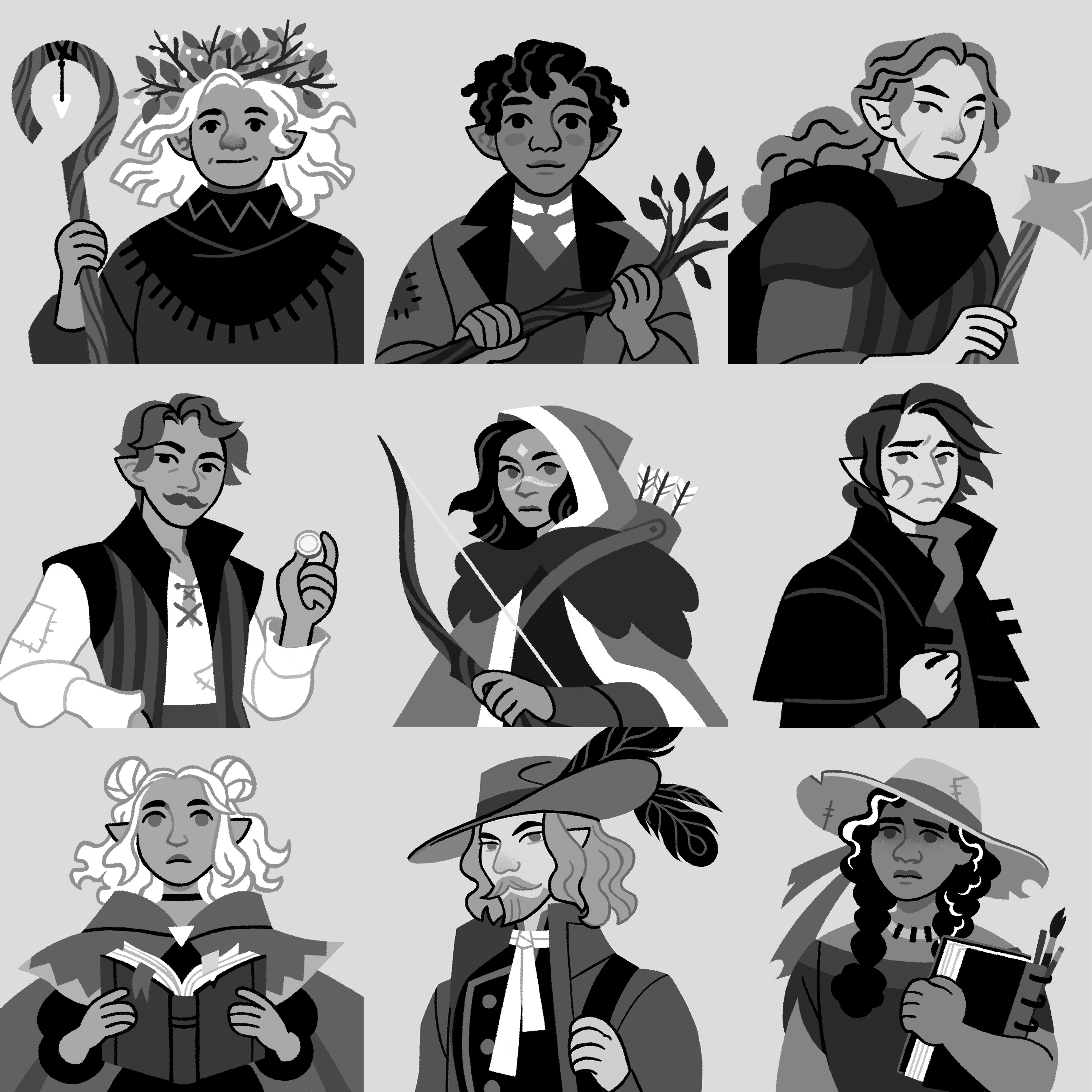 Top row: The Shepherd, The Volunteer, The Bodyguard

Middle row: The Burglar, The Wayfinder, The Turncoat

Bottom row: The Stargazer, The Imposter, The Haunted

Other key game elements of Back Again from the Broken Land are Moves, Burdens, and Stories.

Moves are things you can do in the game that have important narrative and mechanical consequences. Sometimes you'll roll dice to see how the move goes. The game features homeward bound moves for the more reflective parts of your journey (these moves include chart a course, negotiate an obstacle, gaze into the distance, and share a meal) and peril moves for times when the Doomslord's vengeful Hunters are right on top of you (these moves include run, hide, and make a desperate stand).

Burdens represent the physical and emotional tolls of your adventure. You begin the game with a few unnamed Burdens, and seek to give names to them by telling stories. (Moments of danger and difficulty can lay on more burdens.) Once given a name like "a broken promise" or "a fallen comrade's cloak-pin," a Burden can be faced and cleared. The tone of your epilogue upon reaching home will be determined by how many named and unnamed Burdens you have left.

Stories are just that: stories you tell along the way, perhaps huddled round a campfire or in a moment of respite after a tense chase. Stories help define your past and give you ways to name and clear Burdens. The game includes lots of story prompts and evocative details to help inspire your stories. Some story prompts by way of example: "How your weapon was shattered," "The service you paid for with a song from home (and the verse you omitted)," and "How you made contact with the Doomslord in a place that should have been protected"

Thanks to the support of our Kickstarter backers, we unlocked a number of upgrades to the game, including bonus playbooks by Epidiah Ravichol (The Imposter) and Meguey Baker (The Haunted), a hand-drawn map by Stentor Danielson, interior playbook art by Emily Cheeseman, and an original musical setting for the poem that sets the scene for the game.

Cloven Pine Games is an indie game design house. Check out all our games here on itch.io, and follow us on Twitter @ClovenPineGames.

Leah Sargeant (co-designer) is an author and freelance writer interested in theology, hospitality, and statistics. Her games can be found at Sea Change Games on itchio.

Meguey Baker (guest designer)  co-designed Apocalypse World and a host of other games with her husband of 30 years, Vincent Baker. Find her work at Night Sky Games.

Epidiah Ravichol (guest designer) is an author and game designer known for Dread and Swords Without Master. Find his work at Dig a Thousand Holes.

Emily Cheeseman (cover and interior artist) is an illustrator based out of Orlando, Florida. Find her work at emilycheeseman.com.

Todd Crapper (layout artist) is a graphic designer and a two-time ENnie-award-winning game designer. Learn more about his games at brokenrulergames.net.

Stentor Danielson (map artist) is a cartographer based out of Pittsburgh. Find more of their cartography work at mapsburgh.com, and check out the games they designed at playglittercats.com.

Play materials (including playbooks, basic move sheets, GM reference sheets, and more!) can be downloaded for free from this page.  Scroll down and download the demo files, then print the materials out for use at your gaming table.

To get a sense of the game in action, check out this Youtube playlist of Actual Play sessions!

To run the game online, use this Google Sheets character keeper. Make a copy to your Drive in order to edit it.

Learn more about the game on its Kickstarter page.

Check out our podcast appearances: Plus One Forward, Yes Indie’d, Not DnD Show.

Read our articles and threads about the game’s design: Twitter thread, article.

Find images and songs that evoke the game on this Pinterest board and this Spotify playlist.

I loved the epilogues. Seeing my players tying together all the stories we had just built together was such a wonderful, rewarding and unique experience. I've never experienced anything like that before in my time playing ttrpgs.

Intimate yet effortlessly mythical, Back Again from the Broken Land captures the elegiac hope of Tolkien’s Lord of the Rings while creating something also new.

It was a genuine delight playing this storytelling game that feels like a bittersweet montage at the end of a giant fantasy movie. The burden of hope, the clarity of sacrifice, the soul-healing power of a lovingly made breakfast.

Having never played a role-playing game ever before, I didn't know what to expect! But my daughters (7 and 9 years old) and I had so much fun diving into Back Again from the Broken Land. They are desperate to play again.

Back Again from the Broken Land is a game that remembers that the heart of an enduring fantasy story isn't the swashbuckling or the spell-slinging, it's, well, heart. The mechanics brilliantly encourage players to view their current challenges through layers of backstory, so we really feel how the scenes at the table are so crucial in our characters' own narratives. I've never come out of a one-shot as invested in my party as when playing Broken Land.

In order to download this game you must purchase it at or above the minimum price of $12 USD. You will get access to the following files:

Back Again from the Broken Land_corebook_digital_v5.pdf 3 MB

Back Again from the Broken Land "will give you longing to see Rose Cotton again, smoking with a friend on the shattered walls of Isengard, a king saying that you bow to no-one, a wound that drives you to sail west, and other ‘great stories… the ones that really mattered.’ That makes it a great game, indeed."

You can read the full Cannibal Halfling Gaming review here. 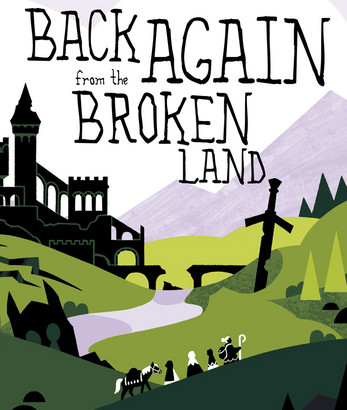 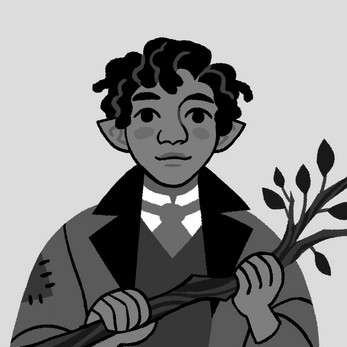 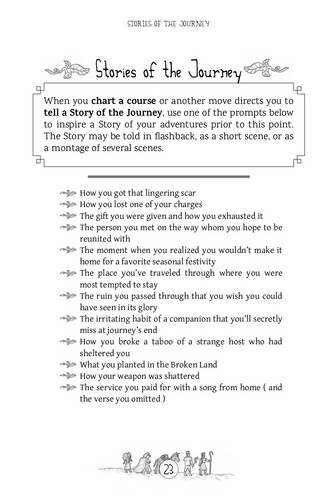 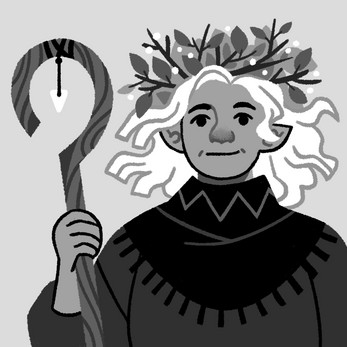 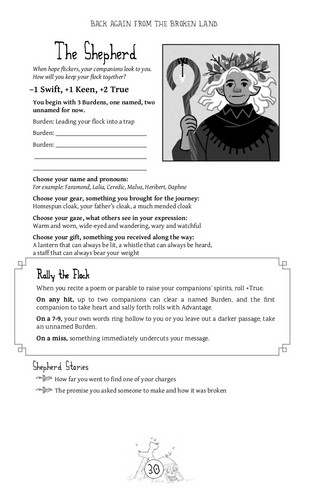 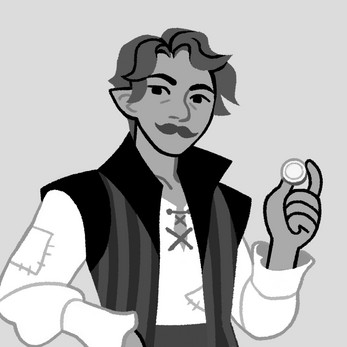 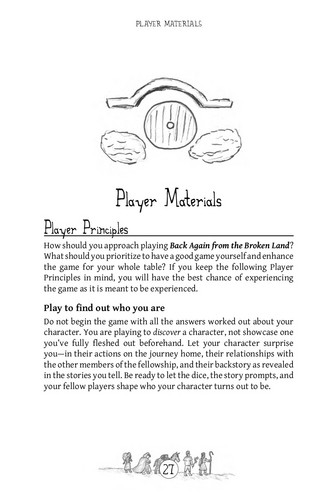 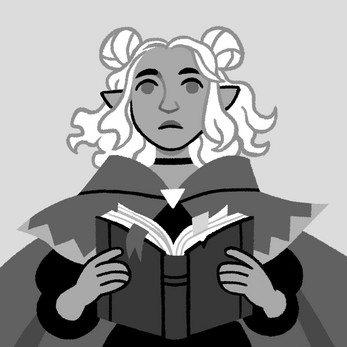 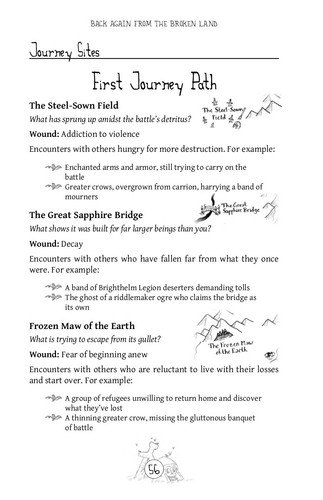